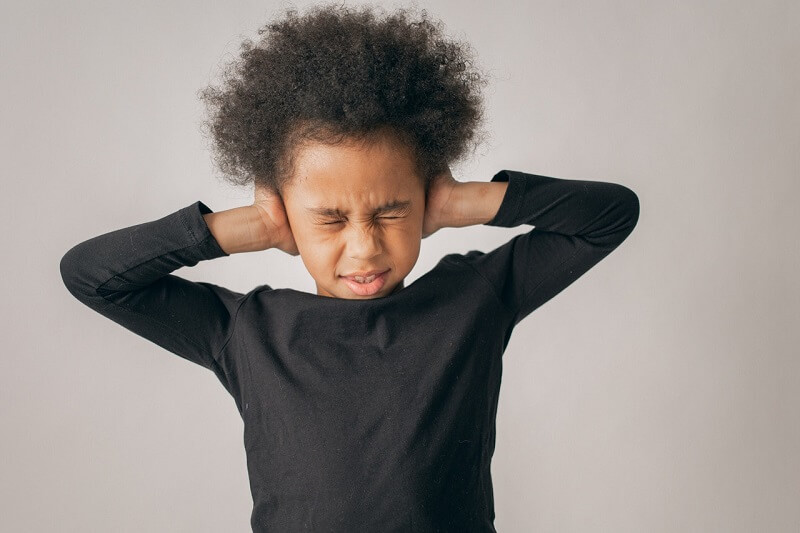 Kids have a few more things to worry about nowadays than in previous generations.

Among many other things, there are TV shows, video games, and extracurricular activities that introduce kids to the modern world.

However, one thing has remained relatively unchanged: noise pollution.

Everyone has heard about how older generations used to be able to sleep with windows open, listening to crickets and owls, and still wake up refreshed.

However, many of the kids of today may have trouble sleeping because their bedroom window opens onto a busy road.

Up to this point, noise pollution has been fairly well studied and documented, but it is just now being looked into as a possible source of stress for kids, which could have implications for their health.

Here are some effects of noise pollution on kids.

A child’s ear is more sensitive to damage from loud noise than an adult’s, so it is important for children to be able to hear clearly, as this will affect their ability to learn in school.

Loud can be very damaging to a child’s hearing.

It is therefore advisable to keep the volume on a TV or music player at a low level and tune out when others are talking.

This will help minimize damage to the child’s ears.

When a child is growing up in a noisy environment, it can make them stressed out.

This can cause the child to have a more difficult time sleeping, increasing their risk for health problems such as asthma.

The brain also registers noise pollution as being a stressor, which can lead to the release of cortisol and adrenaline.

The release of these hormones can make them feel on edge, which could also wear down their immune system.

Sleep is a vital part of a child’s development, as it is necessary for growth and learning.

Sleep also helps clear out toxins and fix any damage to the body.

Sleep also prepares kids for important daily tasks, such as schoolwork and playtime with friends.

Noise pollution can interfere with this by causing children to have trouble falling asleep, which could dramatically affect their health.

High blood pressure is an issue for many adults, but it can be a problem for children, especially if they are stressed out or sleep-deprived.

Noise pollution may contribute to high blood pressure in kids, because of the stress it causes them to feel.

When stressed, the nervous system releases large amounts of adrenaline and other hormones.

These hormones can cause the artery walls to constrict, which may lead to an increased risk of high blood pressure.

As previously stated, noise pollution is a stressor, which causes the release of stress hormones.

There are many ways that kids can be stressed out by noise pollution, such as being unable to get sleep.

The constant noise can also cause them to become anxious.

6) Risks the Child to Obesity

Obesity is becoming a growing problem in the modern world.

The reason for this is that various chemicals in the food we eat are linked to obesity.

However, noise pollution may also be a reason for obesity in kids.

The constant pressure of loud noise can make kids have trouble sleeping, which interferes with their ability to grow.

When exposed to loud noise, the body will not be able to release adiponectin, which is a hormone that regulates metabolism.

This interferes with the ability to burn fat, causing kids to gain weight.

Although uncommon in children, diabetes has become a growing problem among children.

It is caused by the pancreas being unable to produce enough insulin, which is a hormone that regulates blood sugar levels.

Diabetes can lead to organ damage and death if left untreated.

Exposing your child to noise pollution may increase their risk of diabetes.

This is because the body will release adrenaline which inhibits the production of insulin hormone.

These are just some of the effects that noise pollution can have on kids.

While it may be a good thing to expose kids to modern technology, it is important that they are protected from the effects of the environment.

The best thing that parents can do is to make sure that the child’s room is well insulated so that they cannot hear the noises of traffic and neighbors.

That way, they can still be a part of society, while being able to get the rest they need.