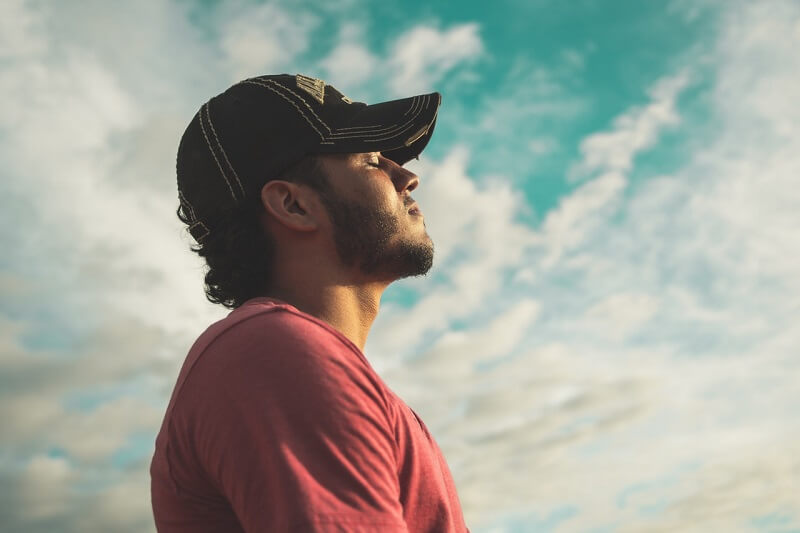 Heavy breathing occurs when the body isn’t receiving enough oxygen into the lungs and has to work more to receive air.

This can then cause the person to breathe louder than others.

Loud breathing can also be caused by several other factors.

This can be from a lung disorder, for example, chronic obstructive pulmonary disorder (COPD) on the extreme end, to a stuffed nose as a mild cause.

Here are some other reasons for people breathing loudly:

Viruses or bacteria from colds can cause a blockage of the nose.

This makes it more difficult to take oxygen into your lungs through your nasal passages.

Excess mucus is another issue that results from colds, contributing to the problem.

When certain people come into contact with certain natural substances from the environment, such as pollen or grass, it can lead to an immune response.

Histamine tends to be overproduced in those that have seasonal allergies, leading to symptoms, such as a stuffed nose or wheezing.

Both of these can cause their breathing to be louder.

Several types of respiratory infections can be experienced.

These include bronchitis, pneumonia, and tuberculosis, whereby viruses and bacteria make their way into the lungs, causing an infection.

Both can add noise to the person’s breathing.

With anxiety, heart rate can rise, breathing can become faster (known as hyperventilating), and chest pain is common.

This can lead to heavy and noisy breathing.

Being overweight can make it more difficult for the lungs to widen to receive oxygen.

Trouble breathing or sleep apnea caused by obesity can lead to louder breathing too – both while awake and sleeping.

Here, we’ve mentioned what some of the most common causes of loud breathing are.

If you suffer from any of these problems, it might be worthwhile to seek treatment that might help resolve the problem.