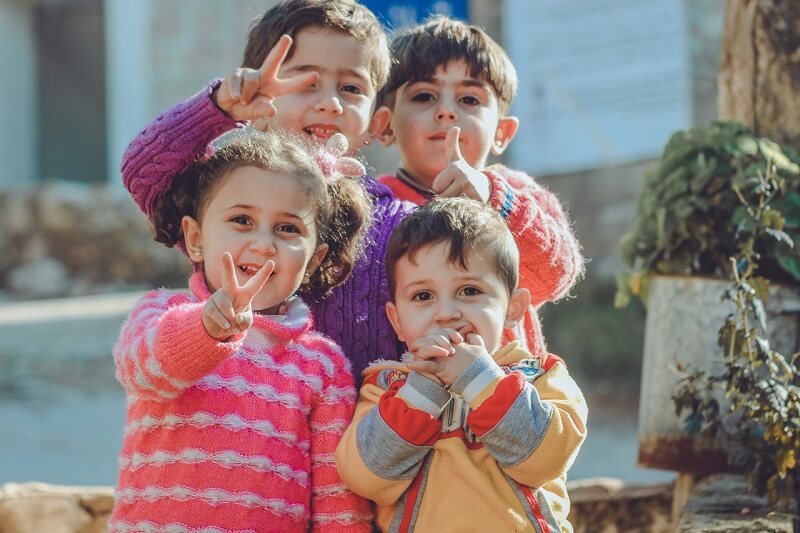 Whether you go to a grocery store, a restaurant, or a park, there’s always one sound that will catch your attention. What is it? The sound of kids yelling, laughing, or screaming, and sometimes, all at once.

So why are kids so loud?

If you’re a parent, a childless adult, or anyone who’s always wondered why kids are so loud, then you’re in the right place.

In this article, we’ll try to explain why kids make so much noise.

Here are a few reasons why kids tend to be loud:

To Express Fun and Excitement

A lot of things in the world are new to young children.

In fact, it may be the very first time they’ve seen a room full of toys, or an aisle packed with candy.

If dogs wag their tail when they get excited, screaming or shrieking is a child’s way of expressing his or her excitement.

Adults scream when they’re excited, too, but when they notice other people are watching or they realize they’re in a public place, they stop.

In young children, however, this awareness does not exist, especially in kids below the age of 4.

Kids between 2 to 3 are naturally egocentric, which means they have an inability to see the world outside of themselves.

When they scream to express emotions, such as feelings of happiness and excitement, they usually don’t feel shame, so they don’t care if they disturb other people.

Because of this lack of empathy, young kids will usually scream and shriek when overcome with emotion.

This is completely normal, though, and as they get older, will eventually develop skills to control how they express emotions.

Kids feel a lot of emotion but their vocabulary and communication skills may not be completely developed yet.

When they feel sad, angry, scared, happy, or excited, they tend to speak loudly or scream when they can’t find the words to express themselves.

Kids also feel frustrated when they can’t say what they feel, and so, they use the volume of their voice to communicate.

Talking loudly is not inherent, as it is a learned behavior.

They may have learned that whenever they raise their voice, adults tend to understand them better, or other kids pay more attention, so they do it again, creating the behavior of loud talking.

As mentioned earlier, some kids learn that speaking loudly, screaming, or shrieking gets their attention.

Most often than not, when a child shrieks, people stop in their tracks and pay attention.

When kids are playing together, each one of them can be loud and noisy, but the loudest one usually gets them more attention.

Because kids are naturally egocentric, as explained earlier, they usually want all the attention to themselves.

But of course, this can be impossible, especially if there are other kids at home, or when they’re in a classroom or playground.

By talking loudly, yelling, or screaming, kids get more attention, and this can be satisfying to them, creating a learned behavior that teaches them that the louder they are, the more attention they get.

They Enjoy Being Loud

When kids learn to express themselves and communicate, this can sometimes be exciting for them.

Because children have vocal mechanisms that allow them to produce more intense sounds, they might have discovered that making noise with their voices is a fun thing to do.

Some kids may love the sensation of the vibrations in their throat, or simply the feeling of being loud.

Kids are still discovering the world around them and this includes their own bodies and abilities.

Whether they’re out in public or at home, they may be loud because they’re playing with their vocal cords, or they’re experimenting with sounds they can make.

This can explain some kids who are always making sounds while traveling, while shopping, or even when they’re simply sitting down.

Other possible reasons could be the child may be suffering from an undiagnosed hearing problem that makes him or her talk loudly.

Other reasons may be living in a home where talking loudly is the norm.

Or there may be physical issues with the child’s voice box.

There can be many different reasons why children are so loud, and these are just some of the most common ones.

However, there is no need to worry if your child or children are loud.

They are still developing and will eventually learn to modulate themselves once they get older.

It also won’t hurt if you give your child/ren rules about yelling and screaming when you’re out in public, or even at home.