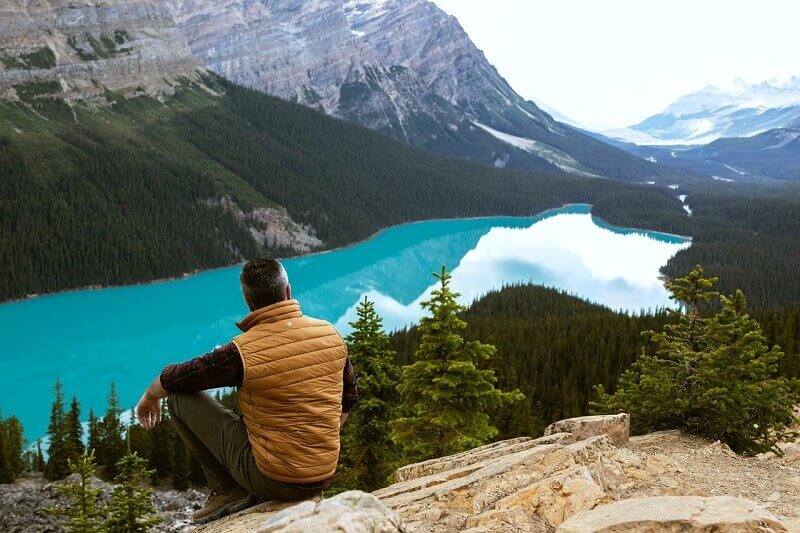 Listen to silence. It has so much to say. – Rumi

The smarter you get, the less you speak.

Silence is the best response to a fool.

A wise man once said nothing.

Some hearts understand each other, even in silence.

Silence is a gift. Learn to value its essence.

I was quiet, but I was not blind.

Never assume that loud is strong and quiet is weak.

What keeps my heart awake is colorful silence. – Claude Monet

No response is a response. And it’s a powerful one.

Sometimes it’s better to let the silence do the talking.

When you build in silence, they don’t know what to attack.

Silence is the most powerful scream.

The quieter you become, the more you can hear.

Open your mouth only if what you are going to say is more beautiful than the silence.

Nothing strengthens authority so much as silence. – Leonardo da Vinci

Silence is golden when you can’t think of a good answer. – Muhammad Ali

Silence is one of the great arts of conversation. – Marcus Tullius Cicero

Well-timed silence is the most commanding expression. – Mark Helprin

The more you know the less you need to say. – Jim Rohn

Silence is the sleep that nourishes wisdom. – Francis Bacon

Never miss a good chance to shut up. – Will Rogers

Never say anything that doesn’t improve on silence. – Richard Yates

Surely silence can sometimes be the most eloquent reply.

My silence could mean that you are not worth the argument.

Silence is a true friend who never betrays. – Confucius

Wise people are not always silent, but they know when to be.

Be silent and safe—silence never betrays you. – John Boyle O’Reilly

Once you’ve matured you realize silence is more powerful than proving a point.

A heart worth loving is one you understand, even in silence. – Shannon L. Alder

Saying nothing sometimes says the most. – Emily Dickinson

Most people are perfectly afraid of silence. – E.E Cummings

The most significant conversations of our lives occur in silence. – Simon Van Booy

Sometimes you don’t have to say anything. Silence speaks it all. – Disha Patani

We sit silently and watch the world around us. This has taken a lifetime to learn. – Nicholas Sparks

We will remember not the words of our enemies, but the silence of our friends. – Martin Luther King Jr

Words can sting like anything, but silence breaks the heart. – Phyllis McGinley

My personal hobbies are reading, listening to music, and silence. – Edith Sitwell

The deepest feeling always shows itself in silence. – Marianne Moore

I think 99 times and find nothing. I stop thinking, swim in silence, and the truth comes to me. – Albert Einstein

There is an ocean of silence between us… and I am drowning in it. – Ranata Suzuki

Never respond to rudeness. When people are rude to you, they reveal who they are, not who you are.

If there were a little more silence, if we all kept quiet…maybe we could understand something. – Federico Fellini

I have heard the languages of apocalypse, and now I shall embrace the silence. – Neil Gaiman

Silence at the proper season is wisdom, and better than any speech. – Plutarch

I have learned now that while those who speak about one’s miseries usually hurt, those who keep silence hurt more. – C.S. Lewis

There are in life a few moments so beautiful, that even words are a sort of profanity. – Diana Palmer

But there is greater comfort in the substance of silence than in the answer to a question. – Thomas Merton

Meditation is silence, energizing, and fulfilling. Silent is the eloquent expression of the inexpressible. – Sri Chinmoy

Silence can often be more disturbing than noise, it reveals the complicated mechanism of our thoughts. – José Rodrigues Miguéis

When a question has no correct answer, there is only one honest response. The gray area between yes and no. Silence. – Dan Brown

Silence is pure and holy. It draws people together because only those who are comfortable with each other can sit without speaking. – Nicholas Sparks

I discovered that I felt at home and alive in the silence, which compelled me to enter my interior world and around there. – Karen Armstrong

Wise men, when in doubt about whether to speak or to keep quiet, give themselves the benefit of the doubt, and remain silent. – Napoleon Hill

Focus your attention on the quality of your words, and not the quantity, because few sensible talks attract millions of listeners more than a thousand gibberish. – Michael Bassey Johnson

A sudden silence in the middle of a conversation suddenly brings us back to essentials: it reveals how dearly we must pay for the invention of speech. – Emile M. Cioran

Silence is a great teacher, and to learn its lessons you must pay attention to it. There is no substitute for the creative inspiration, knowledge, and stability that come from knowing how to contact your core of inner silence. – Deepak Chopra