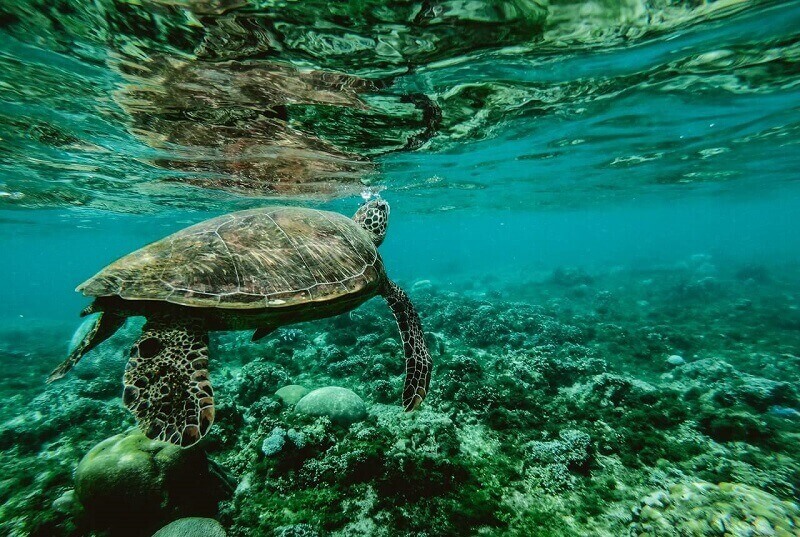 Animals make a sound to get attention or to spread terror to their opponents.

They even make noise to get attention.

You may be surprised to know that some animals make no noise. They don’t use their vocal abilities to communicate.

Even if they make any sound, it’s so low in frequency that it’s not audible to human ears.

Making sounds is very important in communicating. But animals that don’t produce or create a low sound level have other ways to communicate.

There are two types of sounds that animals make:

Animals make vocal sounds for various reasons, e.g., to attract their mate when they feel terror, to get attention, or to communicate with other animals around them.

Mechanical sounds are not like vocal sounds. These are the sounds made by animals when they fight, chew, or move.

There are so many quiet animals, but you wouldn’t have noticed their characteristics until now.

It’s surprising that many sea and land animals are quiet by nature.

In this article, we’ve shared with you a list of the top ten quietest animals in the world. 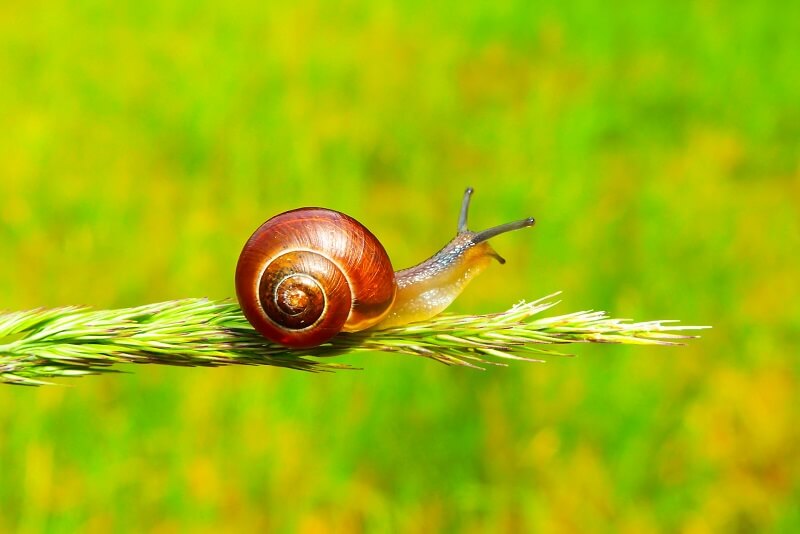 Snails are tiny creatures that quietly spend most of their lives in their shells.

They are among the quietest animals in the world.

They don’t make any noise because they move extremely slowly.

Besides, they don’t have any vocal cords, so they can’t produce sound.

But that doesn’t mean they are unable to communicate.

You’ll be amazed to know that all the animals who are entirely mute, who can’t produce any sound, can communicate in one way or another.

Either by touching or by giving some other signals to their partners.

Snails are entirely silent animals, but they make a minimal sound while eating or retracting into their shelled houses. But even this sound cannot be heard by any normal human ear.

Many of us may have heard the proverb “slow as a snail,” but this would be more appropriate if we say “silent as a snail.” 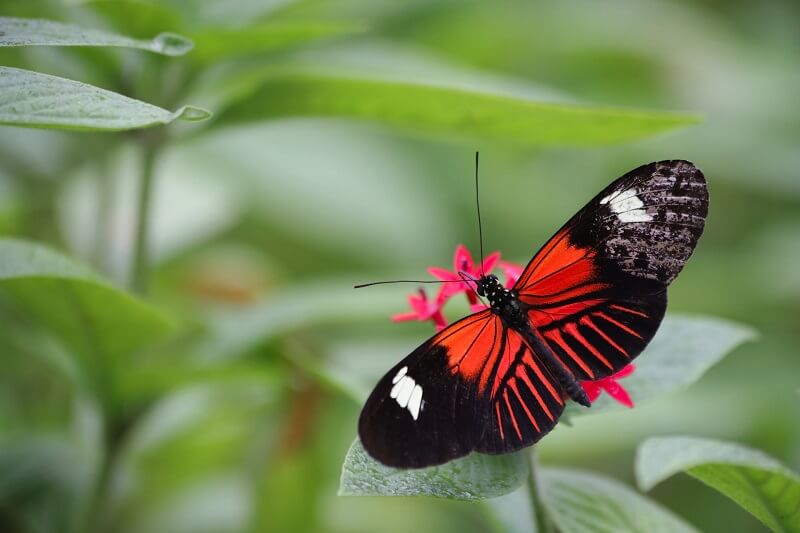 Butterflies don’t possess any vocal cords, so their commutation doesn’t include any verbal form.

They have other forms of communication.

They communicate with others through chemical cues.

Their ears are sensitive to very low-pitched sounds.

Early research said that butterflies are deaf, but now the new research says they can listen. 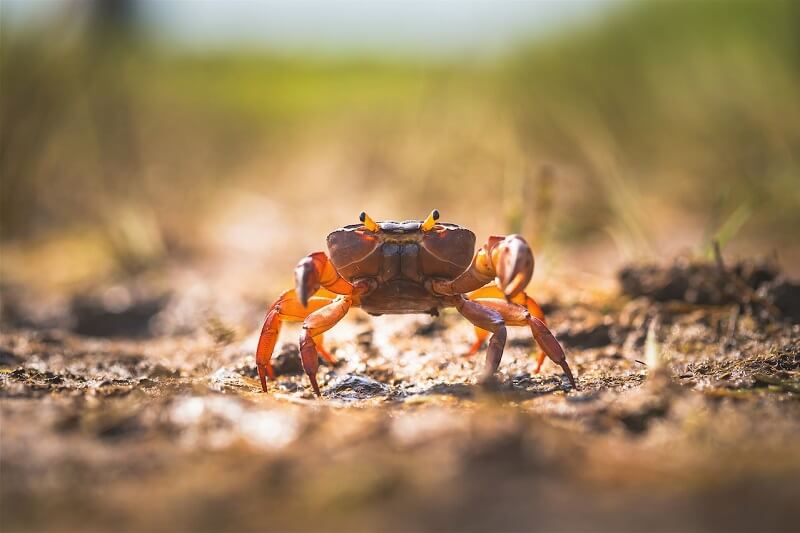 Crabs are different kinds of animals having ten legs.

They live in oceans as well as on land.

They are adaptive to their environment.

They don’t communicate by producing noise, but they have other ways of communication.

We can say they have very different kinds of techniques for communicating.

They rub their claws on their legs to produce a special kind of sound.

This technique is called stridulation.

So we can say they are quiet animals because they don’t make noise from their mouths but know how to communicate.

This is so amazing. 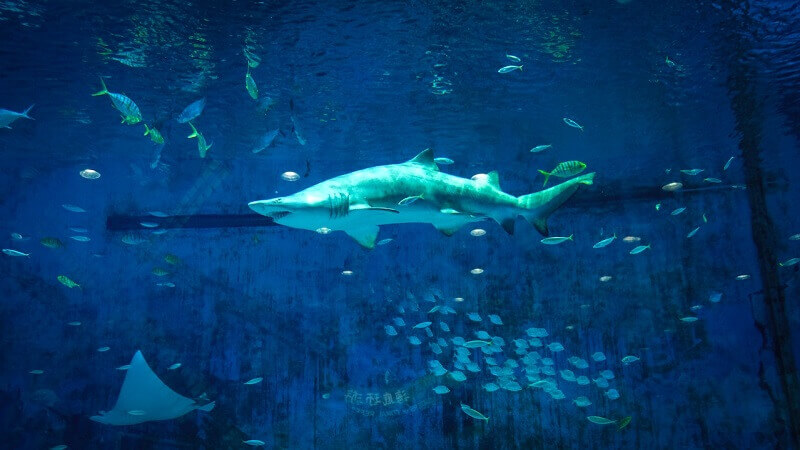 Sharks are another name for the quietest animals in the world.

Sharks can’t produce sound from their mouth because they don’t have vocal cords.

Across about 500 species of sharks, none of them ever has been found talking.

Like other silent animals, they also have a different form of communication.

If an animal doesn’t speak, that doesn’t mean it can’t communicate.

They give signals to their mates to communicate.

Although sharks are not capable of producing sound, they can hear.

They can hear very low-frequency sounds that even a human ear can hear. They can even track sounds.

Sharks have a little bad reputation among humans.

They are considered to be fierce animals that attack humans.

But in reality, this is not right. 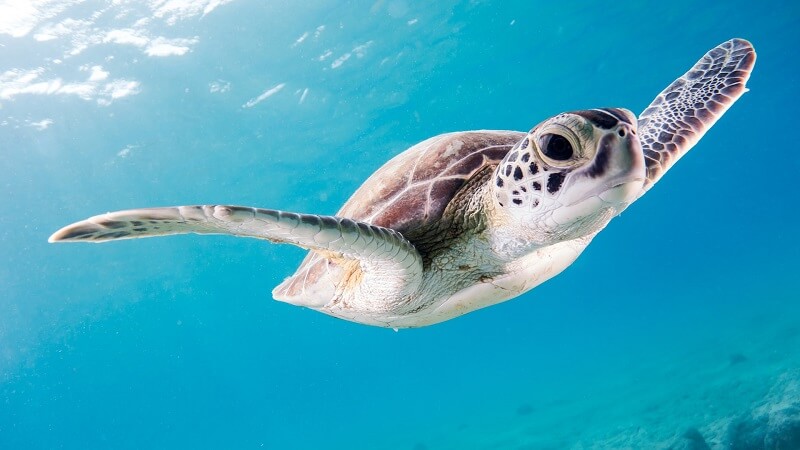 Turtles are among the quietest animals in the world.

They are also quiet animals because they don’t have vocal cords.

You may have heard a turtle at some point in your life, but that sound is not produced from their mouths.

They are quiet most of the time, but only when they need to communicate; they tend to make sounds.

When they need to communicate, they have different styles.

They splash water, or they bite or blink while communicating. T

his way, their mate understands what they are trying to say.

But humans won’t understand their signals. 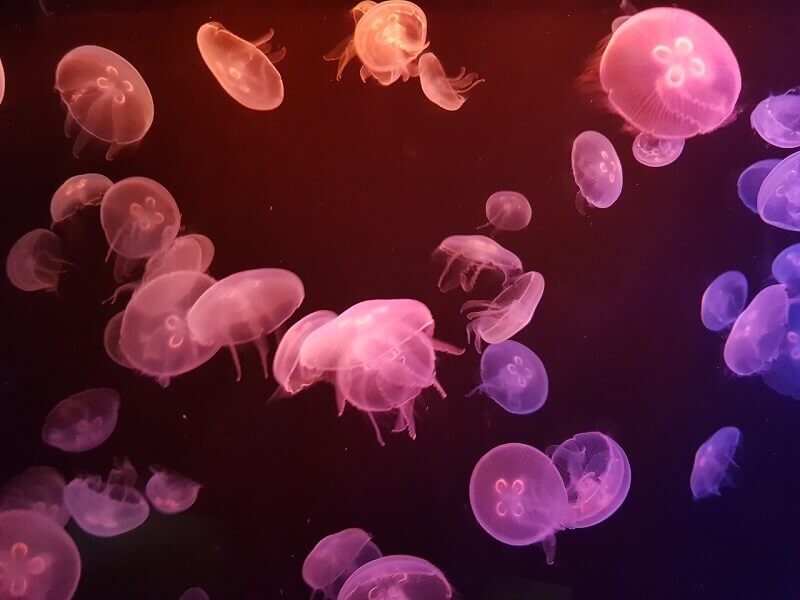 This means they are not at all capable of making any communication.

They are the quietest animals found because they can’t make any sound at all.

These translucent sea animals are very amusing to look at. Their size varies greatly. They can be as small as the size of a coin.

At the same time, they can grow up as tall as 6 feet. They feed themselves by just floating around the water.

Another name for jellyfish is sea jellies.

It would have been good if they could make some noise because they can sting, and we would never know when they would approach us in the sea.

Their sting can even sometimes be deadly.

Jellyfish are found in all kinds of water, whether in sea or ocean, in cold and warm waters. 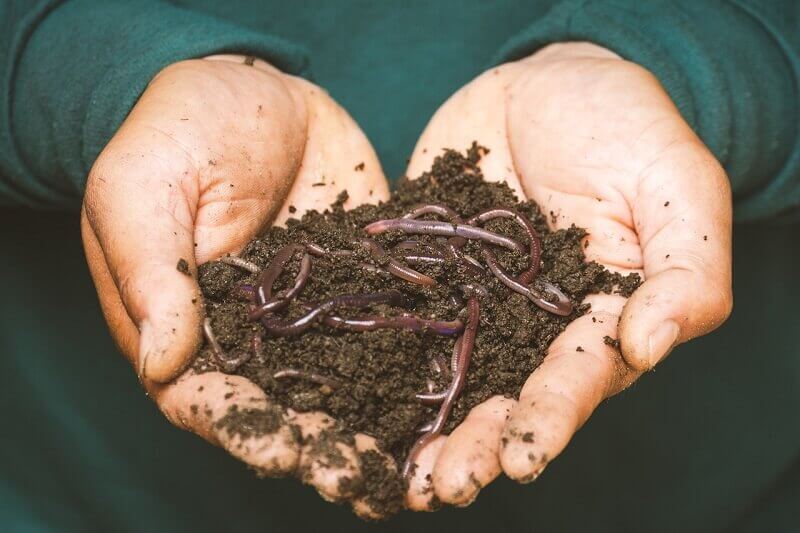 Worms spend most of their lives underground, in the sand and rocks.

They are also very quiet.

Worms communicate through touch and taste.

They can feel vibrations very quickly.

Whenever they feel any vibration above the ground, they come out quickly to eliminate the danger.

They can be so small that the naked eye wouldn’t be able to see them. You could only see them under a microscope.

Sometimes they can be as long as 3 inches.

Worms don’t have vocal cords that’s why they can’t produce any sound, but that doesn’t mean they won’t respond to any sound from outside.

Their bodies are so sensitive to vibrations that they immediately respond to any slightest sound around them.

Their skin feels even a minimum amount of vibration.

This helps them get alert before encountering any danger and prevent themselves from harm. 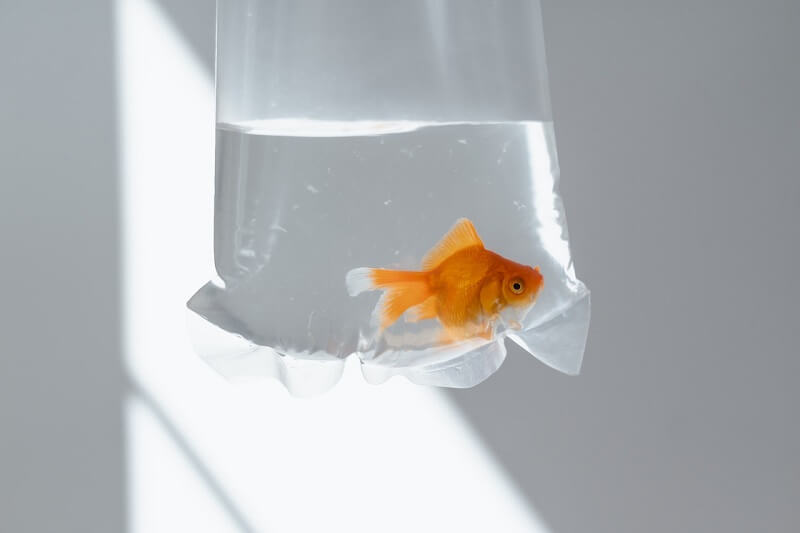 Goldfish are not very vocal.

They are tranquil and calm animals.

They are freshwater pets that are very active at times and are perfect.

People who live in small places can easily keep them as pets.

They don’t make any noise and don’t cause any disturbance.

They have no vocal cords.

Even if they produce any noise, human ears may not hear their sound.

Any sound that they may make gets muffled by the water.

Another of the quietest animals in the world are Giraffe.

Despite their giant body structure and frame, giraffes prefer to be quiet.

They have long tongues that measure up to 20 inches, but they don’t use their tongues to speak.

They use them to catch leaves from high branches and for cleaning purposes.

While fighting, they use their long necks.

Giraffes may seem completely silent animals because most of us have never heard them making any noise.

But actually, they do make sounds, but those sounds are very low frequency and can’t be heard by a human ear.

By appearance, they are giant animals with long necks that can even reach the highest of the tree branches; we expect them to make at least audible noise.

Contrary to their size, they have a very soft sound.

This giant animal communicates through its body language, eye contact, and body touching.

Giraffes only prefer to make noise when it’s necessary.

For most of the day, they keep silent, but at night they make soft snorting sounds that are useful to keep the herd together.

This also keeps any threat away from them. 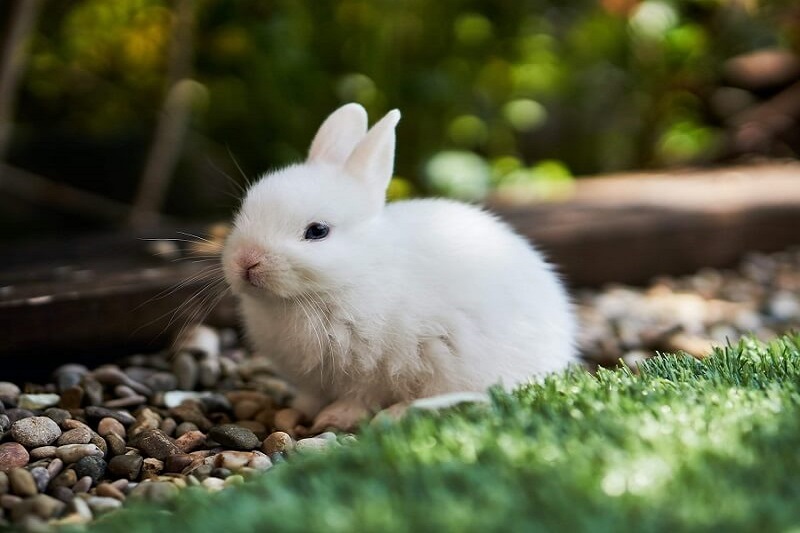 Many of us may have kept rabbits as our pets.

They are very affectionate, gentle, and calm by nature.

Because of their silent nature, they never cause any disturbance.

They are very playful and joyous by nature.

They are clean and low-maintenance animals.

You’ll be surprised to know that rabbits also have no vocal cords.

But that doesn’t mean they don’t produce any sound at all.

They tend to make some sounds when they are threatened and in trouble.

They make sounds like hissing, snorting, and growling, only when they feel frightened and attacked.

Children love these cute little bunnies and are mostly kept as pets at home.

If your bunny is not making any sound, there’s nothing to be worried about, and this is entirely normal.

Animals make our world beautiful with their presence.

Some people want to pet an animal because they like its presence in their homes.

But if the animal is too noisy, it would sometimes get challenging to cope with their noise.

The animals mentioned in this article are the most silent and quietest.

They would be perfect pet animals.

They won’t ever disturb you.

These are ideal if you’re looking for a calmer animal experience.