In this post, you will find the 57 best power of silence quotes and sayings.

Silence is a fence around wisdom. – German Proverb 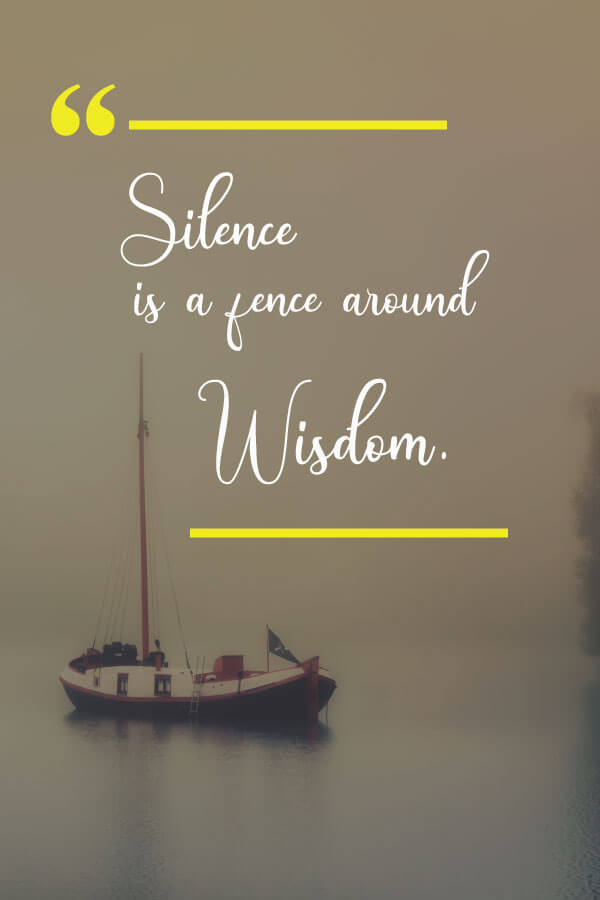 Silence is the best way to answer a fool. 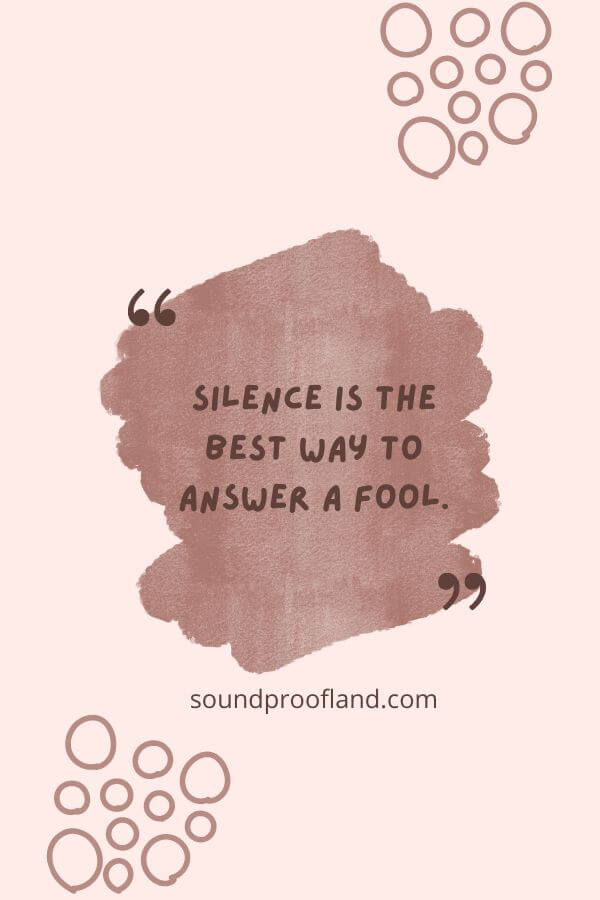 Silence is the sleep that nourishes wisdom. – Francis Bacon 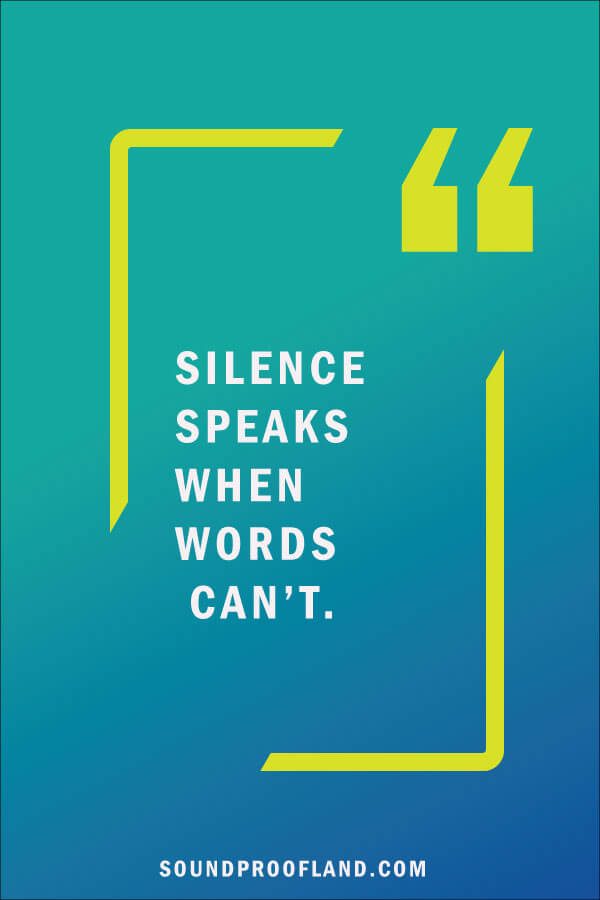 The tree of silence bears the fruit of peace. – Arabian Proverb 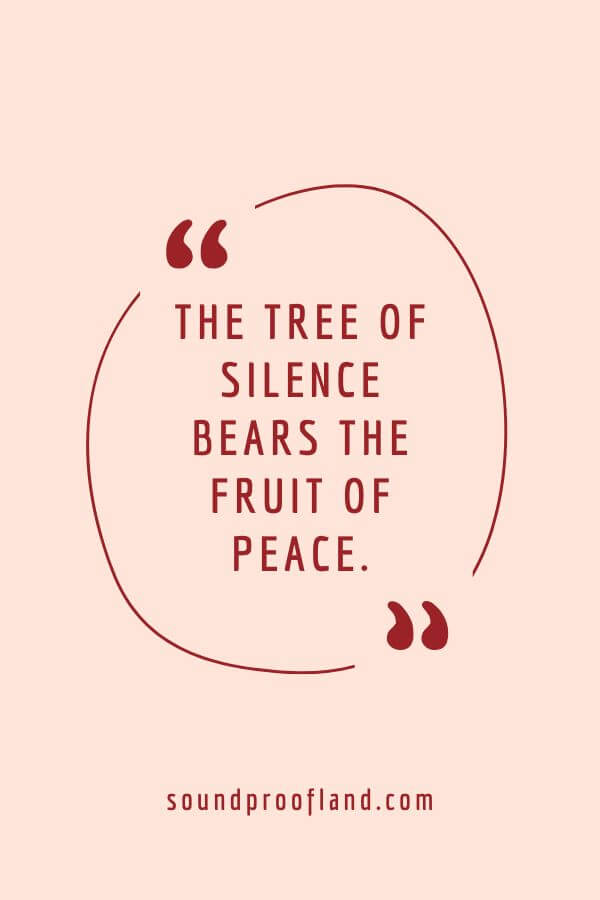 Silence is the language of GOD, all else is poor translation. 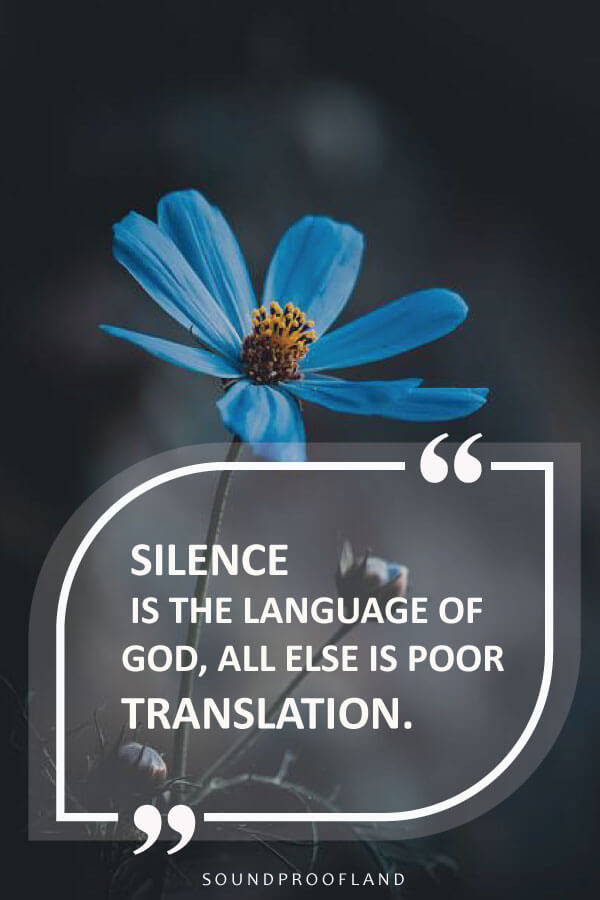 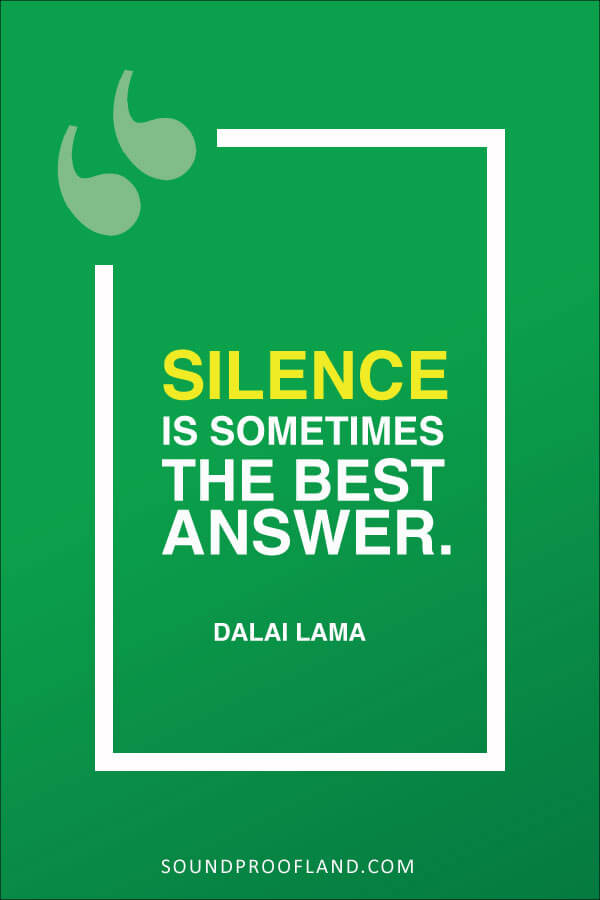 Those who know do not speak. Those who speak do not know.

The wiser a man is, the less talkative will he be. 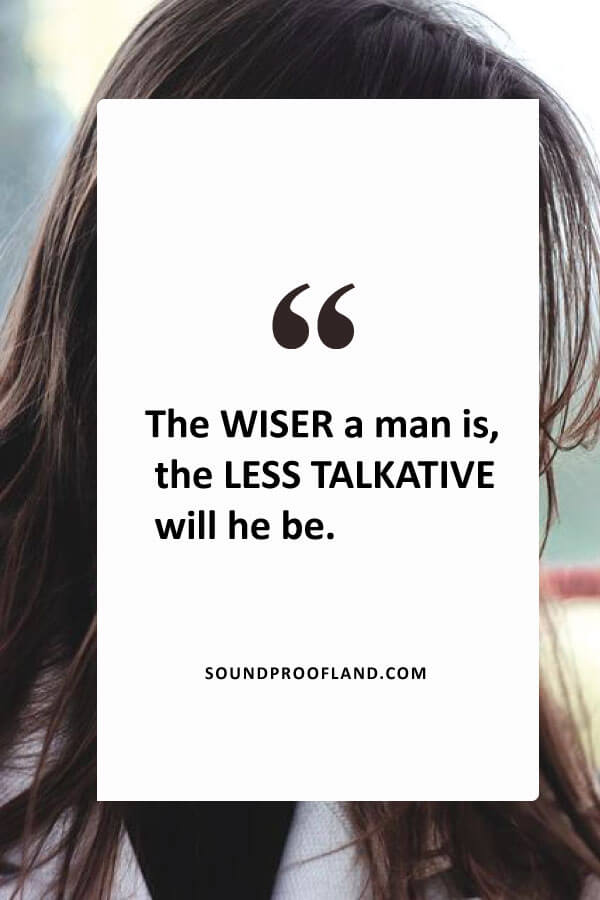 Silence is a true friend who never betrays.- Confucius

Silence is the source of great strength. 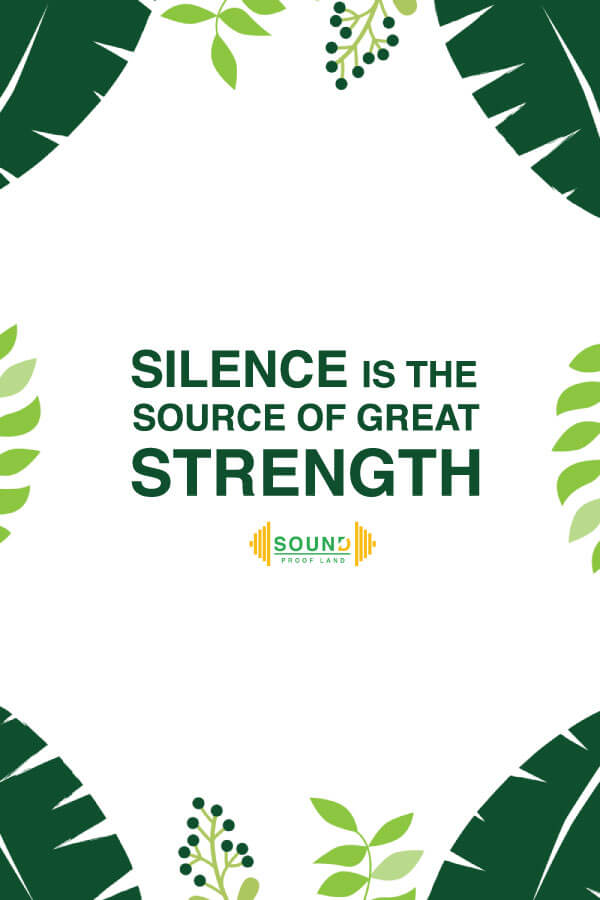 The good and the wise lead quiet lives. – Euripides

Silence is the ultimate weapon of power. – Charles de Gaulle 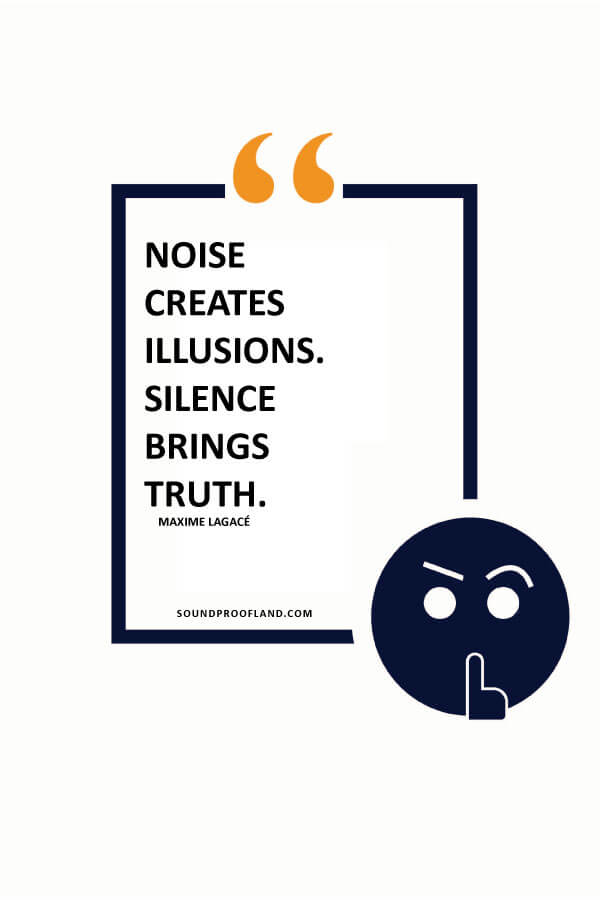 Open your mouth only if what you are going to say is more beautiful than silence.

Silence gives us a new way of looking at something. – Mother Teresa

When silence is used as a weapon it can wound even more than words. – Jill Thrussell

Men of few words are the best men.- William Shakespeare

Silence is better than unmeaning words.

The more you know the less you need to say. – Jim Rohn

A wise man once said nothing. 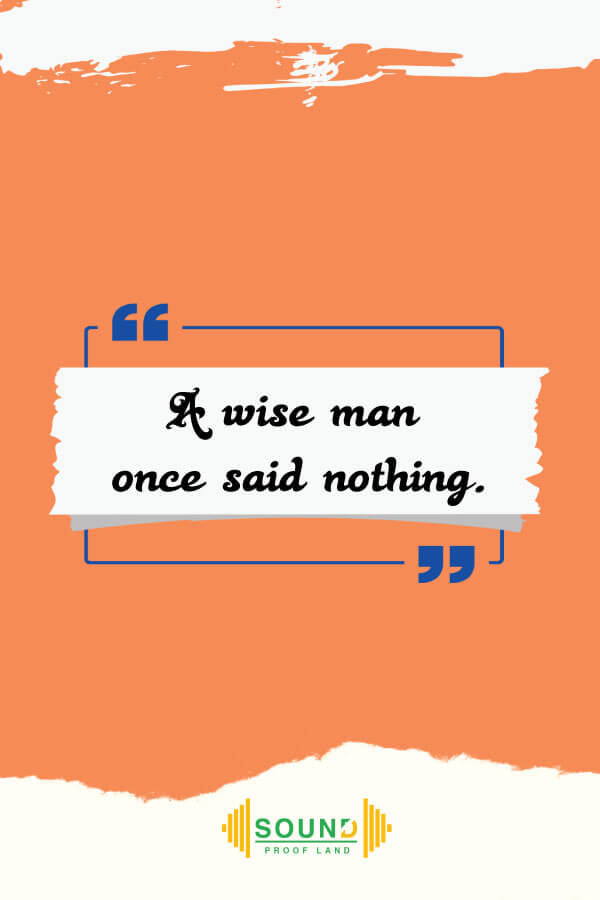 There are times when silence is the best way to yell at the top of your voice.

Sometimes, the most meaningful things are found through silence.

Keep your mouth closed until your mind is in gear. 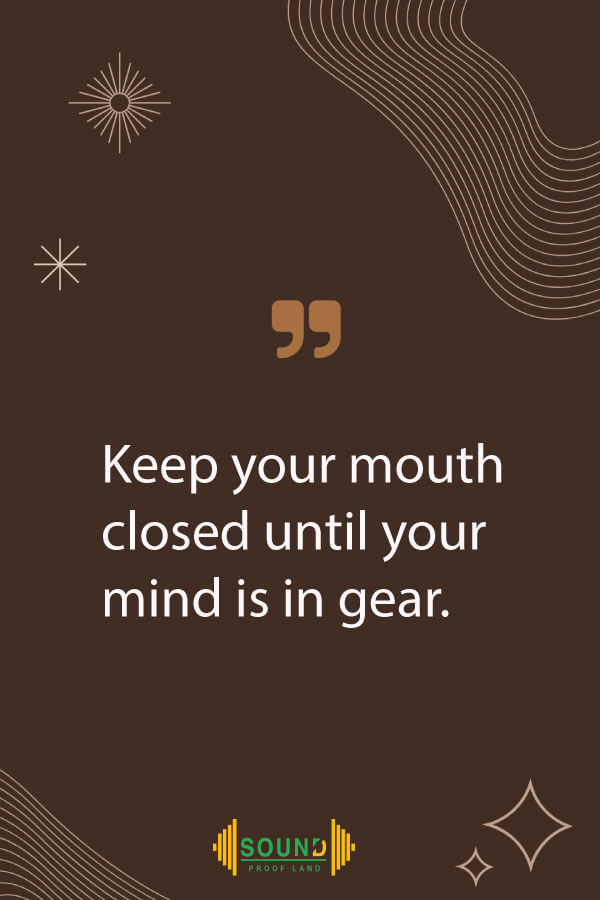 Silence is one of the great arts of conversation. – Marcus Tullius Cicero

Some hearts understand each other even in silence. 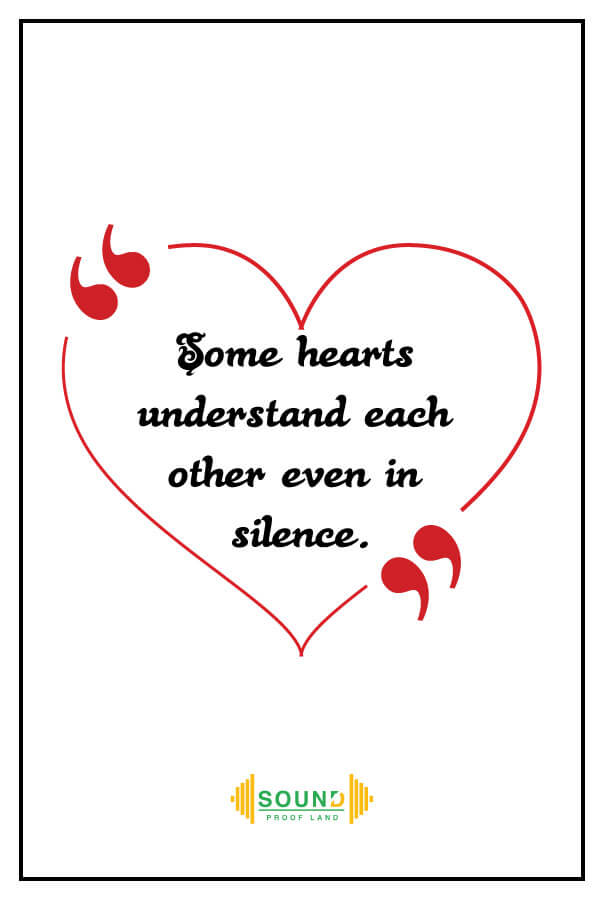 Work hard in silence. Let success be your noise.

Silence is golden until you have kids, then silence is suspicious.

Silence is golden when you can’t think of a good answer. – Muhammad Ali

The quieter you become, the more you are able to hear. 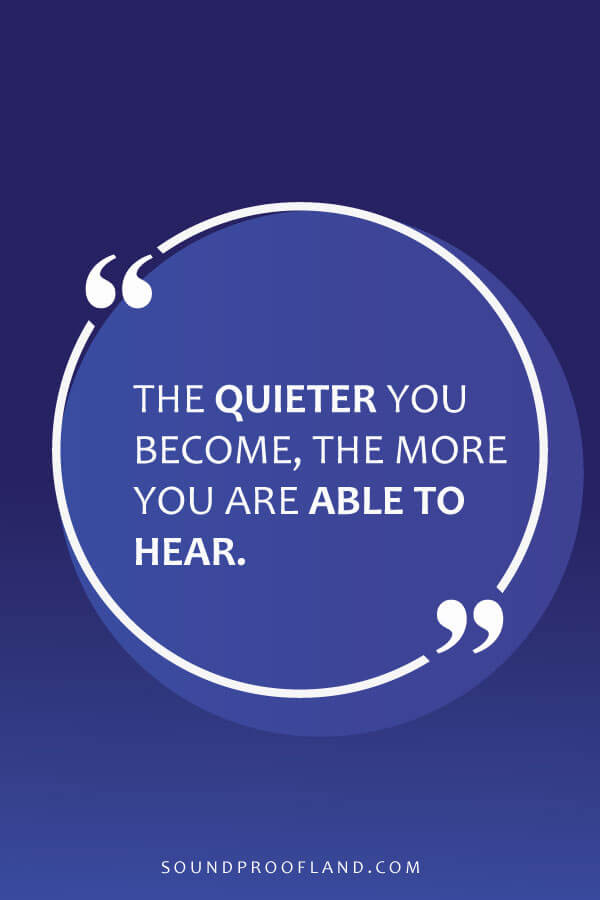 Silence is the most powerful scream.

Silence at the proper season is wisdom, and better than any speech. – Plutarc

Sometimes Silence Is Better In Explaining Something Than Words…. – Muhammad Imran Hasan

Silence is as deep as eternity; speech, shallow as time.

My silence means I’d rather talk to myself than you.

Spiteful words can hurt your feelings, but silence breaks the heart.

Words can make a deeper scar than silence can heal.

The closer you are to the truth, the more silent you become inside. – Naval Ravikant

We only shout when we neglect what silence can do. – Ernest Agyemang Yeboah

If talk is cheap, then being silent is expensive. And many people it seems, can’t afford to buy into it.

If you don’t understand my silence then you don’t deserve my words.

Through the portals of silence, the healing sun of wisdom and peace will shine upon you. – Paramahansa Yogananda

God speaks in the silence of the heart. Listening is the beginning of prayer. – Mother Teresa

True silence is the rest of the mind; it is to the spirit what sleep is to the body, nourishment, and refreshment.

In the end, we will remember not the words of our enemies, but the silence of our friends.- Martin Luther king, Jr 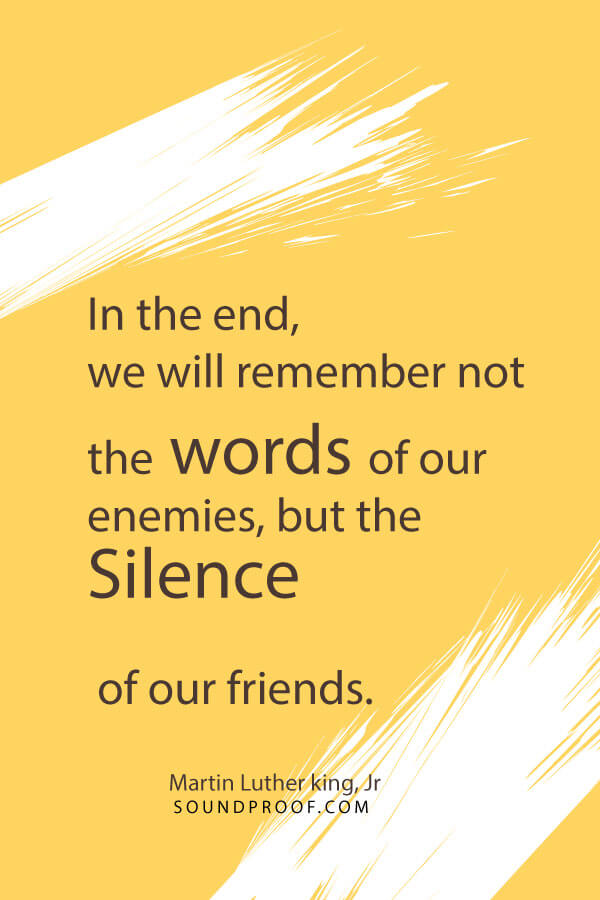 In the silence behind what can be heard lies the answers we have been searching for for so long. – Andreas Fransson

Don’t Ignore Silence Cause It Has A Sound. When It Starts Speaking, Its Louder Than Thousand Volcanoes…. – Muhammad Imran Hasan

Silence can answer the question words may fail to answer. If you want to know what silence can do, keep silence! – Ernest Agyemang Yeboah

I’ve begun to realize that you can listen to silence and learn from it. It has a quality and a dimension all its own. – Chaim Potok