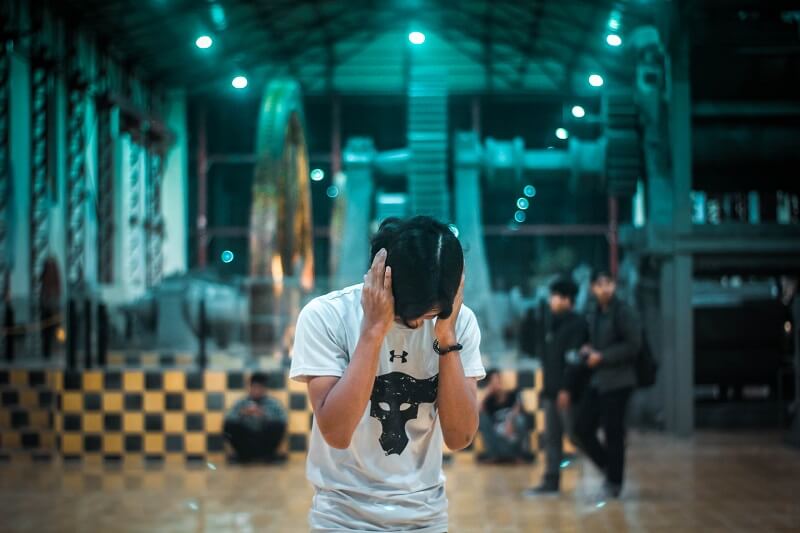 A disorder known as misophonia causes individuals to have intense responses to “mouthy sounds” or mistake a typical chewing sound as ‘louder’ than usual, making them sound like they are chewing louder.

For persons with this condition, chewing seems very loud, and they cannot filter out the noise, making it difficult for them to focus on what they are doing.

It is challenging to identify misophonia since its symptoms overlap with melancholy, anxiety, and obsessive-compulsive disorder (OCD).

However, researchers discovered that around 20 percent of participants in a survey of roughly 500 people displayed signs of this illness.

Misophonia is a condition in which a person is too sensitive to certain noises, which causes them to experience a range of psychological and physiological reactions that may seem disproportionate to the situation.

People who suffer from misophonia often say that the noises that others produce with their mouths, such as when they eat, breathe, or even chew, are the source of their symptoms.

Other noises that should be avoided include—tapping sounds, whether they come from a keyboard, fingers, or windshield wipers.

Sometimes the reason is a little action repeated repeatedly, such as when someone fidgets, jostles you or wiggles their foot.

Similarly, patients who have misophonia report that they often react to the visual cues that accompany noises and may also react violently to repeated movements.

Researchers think that people who suffer from misophonia may already have problems with the way their brains filter sounds and that one of the characteristics of “misophonic noises” may be their cacophony that repeats itself repeatedly.

The other auditory processing issues are made much worse due to the recurrence.

How Do You Acquire It?

It is unknown at what age this ailment that lasts a lifetime first manifests itself, however, symptoms have been reported by some persons between the ages of nine and thirteen.

Misophonia is more prevalent in females and develops suddenly, but it does not seem to be connected to any particular trigger or experience.

Misophonia is a condition that affects people’s reactions to certain sounds, but it is not due to a hearing issue.

They believe that it is both mental and physical.

It’s possible that it has something to do with the way music impacts your brain and sets off specific reactions automatically in your body.

It’s possible that the doctor won’t be able to diagnose you since both of your ears seem healthy properly and your hearing is OK.

Misophonia is a condition that is often confused with anxiety, bipolar illness, and obsessive-compulsive disorder.

Some medical professionals believe it should be categorized as a distinct condition.

In many cases, medical professionals are ignorant of the disease, and there is no universal agreement on how to classify it.

It would seem that misophonia may happen on its own and in conjunction with other physiological, developmental, and mental health issues.

Current findings have shown that misophonia is a neurological condition in the brain.

According to the researchers’ findings, there is a breakdown in the connection between several brain regions responsible for processing sound stimuli and the flight-or-fight response.

In addition, it affects brain regions responsible for encoding the significance of sounds.

People who suffer from misophonia, like those who suffer from OCD, need to learn and create coping techniques to block out sound when they are in situations where full quiet is not possible.

This is one of the reasons why individuals who aren’t familiar with either ailment may be fooled into thinking that the two disorders are the same.

What Method Do You Use to Treat It?

The disease does have an impact on day-to-day living, but there are ways to cope with it.

Treatment often consists of a multidisciplinary approach that combines sound treatment performed by audiologists with supportive counseling that emphasizes the development of coping mechanisms.

You might try using a gadget such as a hearing aid that generates a sound in your ear comparable to the sound of a waterfall.

The noise diverts your attention away from the triggers and dampens your emotions.

The way you live your life is another factor to consider.

Maintain a consistent exercise routine, ensure you get enough sleep, and work to reduce stress.

Earplugs and headsets are two more options for blocking out ambient noise.

Create some calm spaces or safe havens in your house where no one will annoy you with the sounds that irritate you the most.