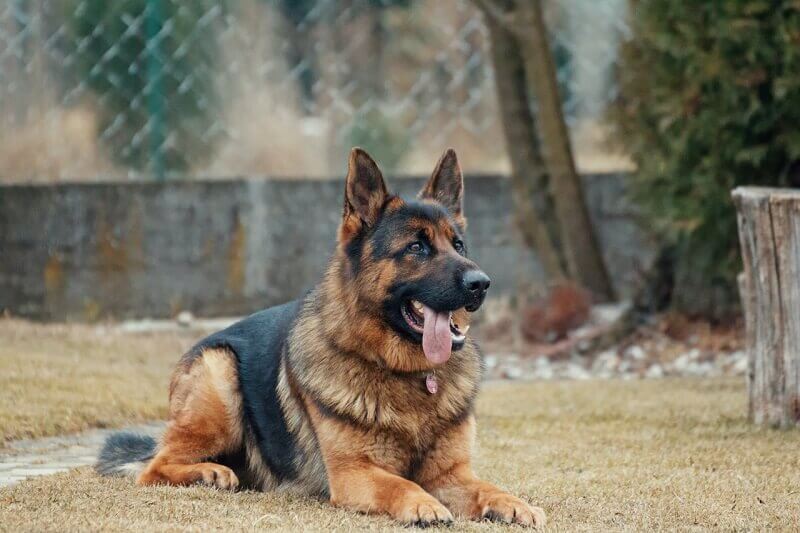 Dog’s barking sounds can sometimes be very irritating, especially if they bark nonstop.

If your dog barks too much and you live in a crowded neighborhood, it could be unpleasant for everyone around.

If dogs bark for an extended period, it can damage their hearing ability as well as yours.

To keep yourself unaffected by your dog’s loud thundering sounds, you must apply some soundproofing systems.

Another way is to train your dog to stop barking when needed. It’s not very difficult, but it can take some time. All you need is patience.

If you expect your dog to be quiet all the time, this won’t be a realistic approach.

Dogs bark whenever they smell the presence of any new person around. They even bark when they are irritated by anything.

And sometimes, they continue to bark without any reason. This is where your training comes into effect.

While all dogs can bark and howl, some breeds have an unusually louder sound that can be heard from miles.

In this article, we’ve shared the top ten loudest dog breeds in the world. 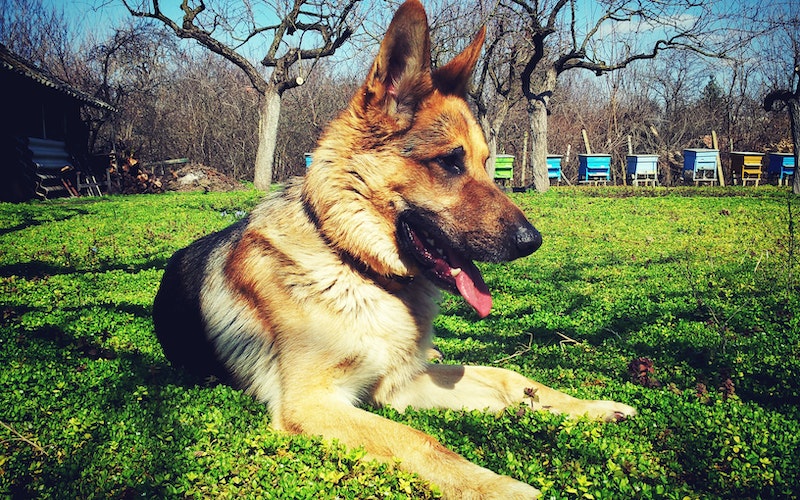 German Shepherds are visually attractive dogs that serve as guardians and protectors to their owners.

They are also trained for military purposes and sometimes as police dogs.

They are trained so that whenever they get the slightest hint of suspicious activity around them, they start barking loudly to alert their owner.

The loudest bark of a German shepherd was recorded in 2009 at 108 decibels, which is very loud for a normal human ear. 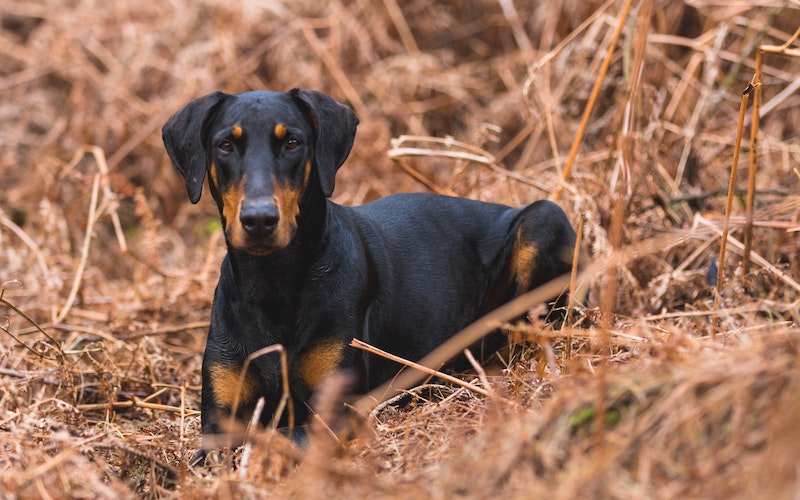 Doberman Pinscher is bred to serve as guardian dogs, and guardian dogs are supposed to be vocally loud to get noticed.

This dog is very loyal and loving towards its owner.

But if a stranger comes near and does any suspicious activity, this dog can be very fierce.

This breed’s protective nature and square build make it one of the loudest breeds of dogs.

These small-sized dogs are furry and cute but are definitely not quiet.

They bark when they see a stranger, when they need attention, whenever they need fun and are bored.

They bark most of the time and are surprisingly very loud.

This is a super intelligent and loving dog.

They can make excellent watchdogs. 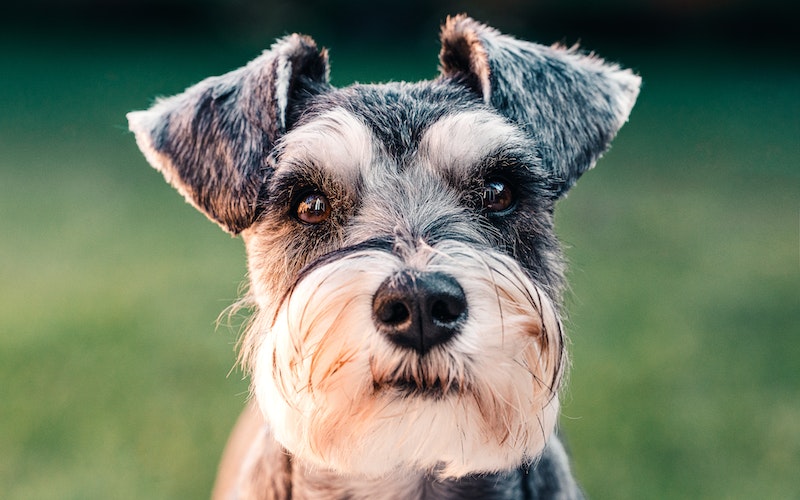 These little dogs are adorable but loud. They can easily beat any big dog in barking.

Their hobbies include digging and barking.

They bark most of the time, even when there’s no need to.

They are excellent watchdogs who always alert their owners instantly when they feel anything suspicious around them.

They are bossy by nature and love to be always in control.

And this is done obviously by barking.

To avoid such situations, they need to be trained at a very early stage of life.

This has forceful behavior among all breeds of dogs.

They need to get proper time from their owner to get exercise and mental stimulation.

If they don’t get the proper time, they get destructive physically.

They would continue to bark for an extended period of time.

They come at the very start on the list of the loudest dog breeds discovered now. 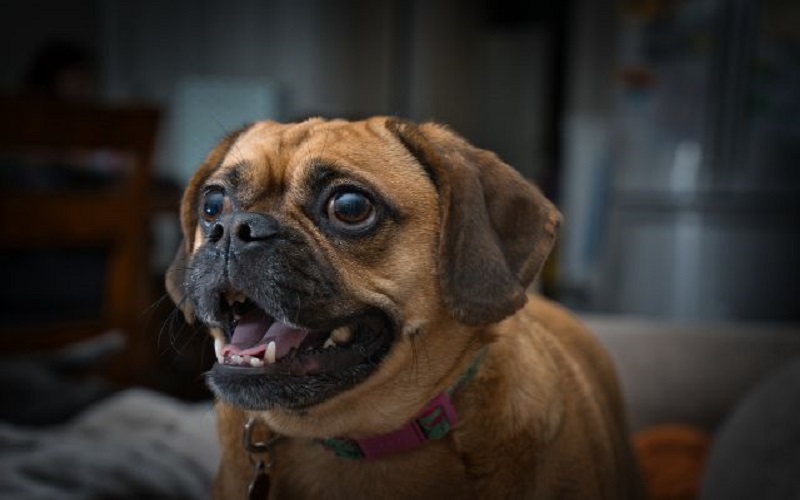 Puggles are small-sized cute dogs that don’t find the need to bark too often.

But when they bark, they bark noisily.

They get this characteristic of howling and loud barking from their beagle parents.

Puggles are naturally social, and it’s not difficult to be friends with them because they love to get pampered.

They are not watchdogs but bark a little when they see someone new on your doorstep.

Their social nature makes them welcoming even to new people.

They can even make up the right kind of apartment dogs unless they don’t bark much and disturb the neighbors.

They have a lot of energy.

If they don’t get the opportunity to drain that energy, they’ll get destructive and start barking loudly.

They are very loud.

If you have a Labrador as a pet, you should make him exercise or run every day for at least 1 hour.

The dog won’t bark much loudly if the energy is drained out correctly.

Contrary to their small size, these dogs bark a lot and are loud.

They are good watchdogs, but they may also bark continuously for hours.

They may not prove to be good for your neighbors who love to live in silence.

They bark whenever they see a stranger, but they may sometimes bark without reason.

They don’t like to be left alone at home for a more extended period.

They may be vocally destructive to your neighbors when you’re not home.

These dogs have a musical howling, but it’s loud and can be heard from miles.

They bark and howl so loud that they are not suitable to be kept in city life.

Especially if you live in an apartment, they are never meant for you.

One of the loudest dog breeds is Siberian Huskies.

They are a talkative breed of dogs.

This is their genetic trait.

Usually, they talk to their owners.

They may not bark too often, but they howl a lot.

Dogs are meant to bark for different reasons.

Among all the other reasons, they also bark because they must alert their owners of any suspicious activity.

It would be unusual if they stopped barking.

So instead of shutting their mouth entirely, train them to bark only when needed.

Almost all dog breeds can be trained if given proper time and training.