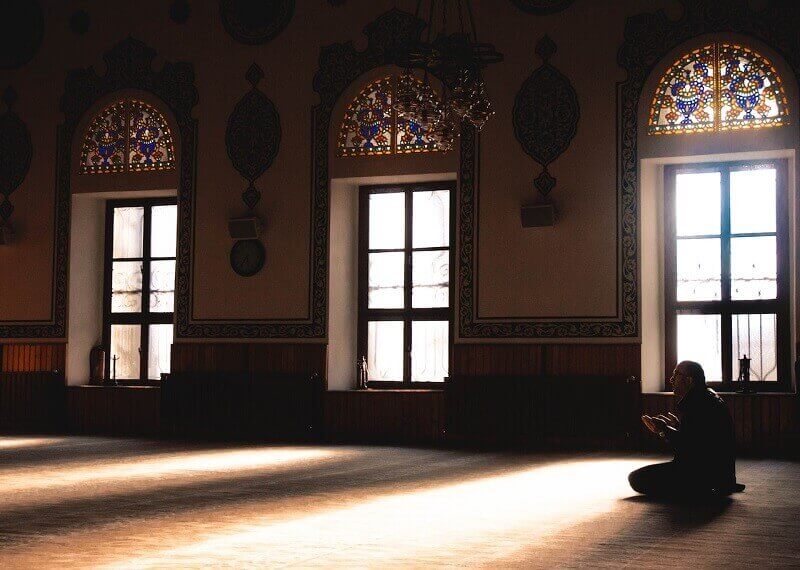 This post will elaborate on the importance and benefits of being silent in Islam. 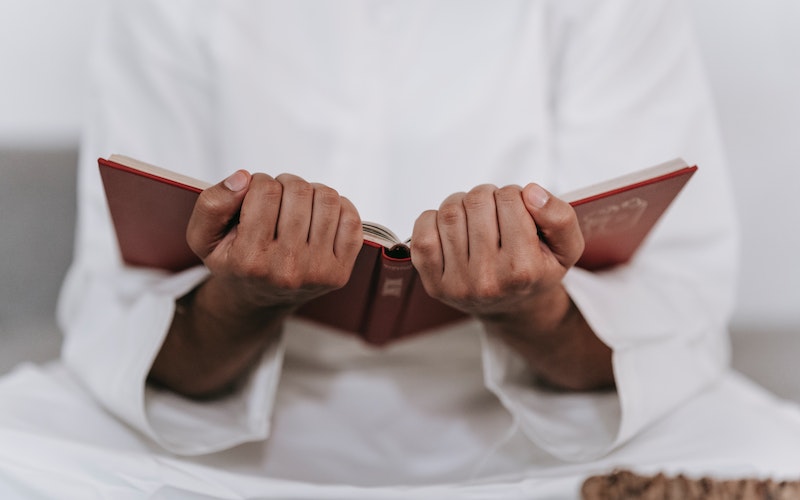 Silence is given great importance in Islam.

In the holy book Qur’an and as well as in Hadith, staying silent is very much emphasized.

Silence helps a man to reflect on his inner self.

A wise man will always talk less and listen more.

He will choose his words very carefully and never speak unless it’s a necessity.

If you study Islam, you’ll encounter many benefits of silence mentioned by the holy Prophet Muhammad (SAW).

Even Islamic scholars emphasize being silent because our religion taught us so.

It is commonly said that the tongue is like a sword that can even kill you.

Be wise and be very careful in selecting your words.

Always think before you speak.

Here, in this article, we’ve shared the top ten benefits of being silent in the light of Islam.

Silence is the quality of wise men and helps keep the mind calm and relaxed.

Being silent has many benefits for a person’s soul and body.

Its benefits can be felt in this life. Likewise, its reward will be given in the life hereafter.

“And tell My servants to say that which is best. Indeed, Satan induces [dissension] among them. Indeed Satan is ever, to mankind, a clear enemy.” (Surah Al-Isra’ 17:53)

2) Silence protects us from sins 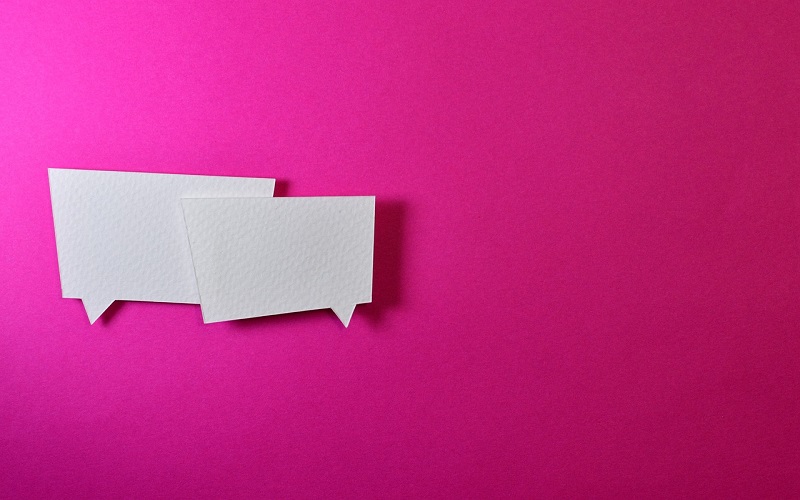 Unnecessary conversations are disliked in Islam.

When a person continues to speak without purpose, he accumulates sins for himself.

Wise always talks less and selects his words very carefully, whereas foolish is known to be talkative.

“Speak what is good and acquire gains, or refrain from speaking evil and be safe.”

One who talks too much will not refrain from gossiping.

His conversations will include lies, backbiting, or sometimes even foul words.

He will gain nothing but hate from people and a scale full of sins.

So it is essential to remain silent as it protects us from sins naturally.

3) Silence is a good deed that is rewarded

Allah and his Prophet Muhammad (SAW) have informed us of many minor and major good deeds.

To remain silent is a minor good deed.

How amazing is this that Muslims are so blessed that we gain immense rewards just by staying quiet?

Ali ibn Abi Talib, may Allah be pleased with him, says, “Leave one who insults you and ignore him. It will please the Merciful, displease Satan, and punish your insulter. No punishment for the fool is like refusing to answer him.” 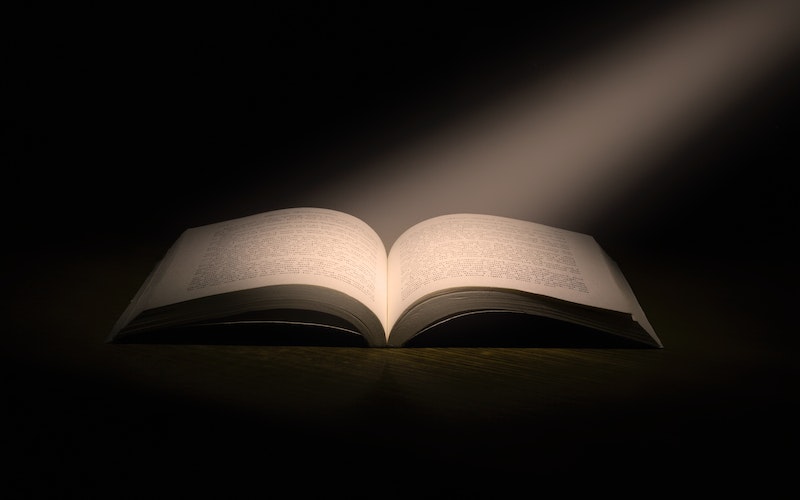 It is a common saying that the wiser a man is, he will speak.

And self-reflection helps a man in self-correction.

When a person stays quiet, he has plenty of time for self-analysis.

This will gradually make him wiser.

Only foolish people like to talk, and the more intelligent ones are always silent.

People who talk too much commonly speak ill of other people.

This makes their heart full of grudges.

A silent man will always have a pure and clean heart, thus strengthening his soul.

“The most hated person in the sight of Allah (SWT) is the most quarrelsome.”

Excessive talking only makes the situations worse in all kinds of conflicts.

Silence is golden, and much emphasized in Islam.

The person who remains silent in his quarrels, Allah (SWT) promises him a house in Jannah.

So silence is so precious that it is rewarded in this world, and Allah (SWT) in the next life also promises its reward.

Always remember that when the issues are unclear, and both people are angry in a dispute, you might say things that you actually do not mean and regret later.

It is best to keep silent even if it’s tough.

To remain silent does not show that you’re weak.

But actually, it requires real strength.

The one who keeps calm and quiet is the real winner. 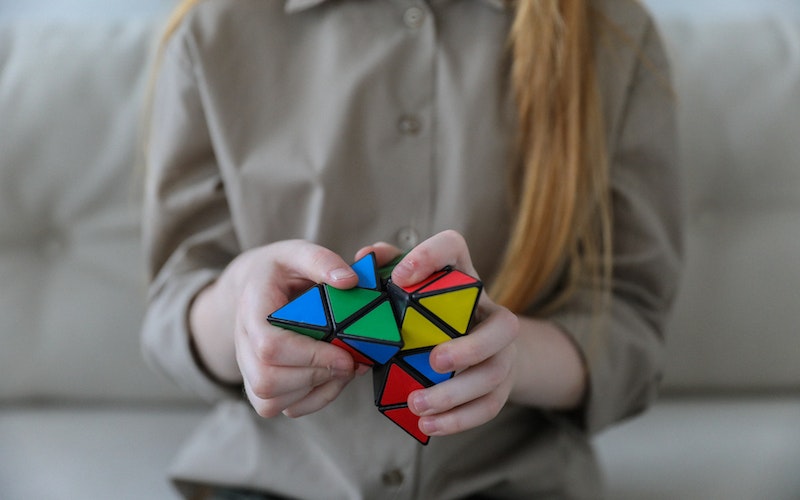 When a person remains silent most of the time, he has plenty of time to think.

His nerves are in control.

Likewise, he will have the best ability for decision-making.

A silent man will keep himself busy in the zikr of Allah (SWT).

Allah (SWT) will help him get the best results from the decisions he makes for his affairs.

Talking less will help you rethink what you have to say.

You will speak only when you are sure that your words will be helpful to others.

8) Silence helps in discovering the purpose of life

The person who talks too much naturally is more into this world and its enjoyments.

He will pay less attention to what has been promised for life hereafter.

He will be so busy concentrating on this life that he cannot discover the actual purpose for which Allah (SWT) has sent us into this world.

It is essential to remain silent, contemplate and think about the purpose of this life.

This life is temporary.

All we have to do is work for our next life.

Al-Shafi’i, may Allah have mercy on him, said, “Seek help in speaking with silence and reasoning with reflection.”

9) Silence helps in concentrating on the life hereafter

This world we are living in is merely a test for us.

This world is simply a temporary place to live.

A man who keeps silent has ample time to do zikr and think of many other ways to please his Lord.

This man will have no time to heed the unnecessary worldly affairs.

So they have a better ability to observe things around them.

They see all the masterpieces created by the Lord around them to admire them.

Self-reflection helps a man to discover the reality of Allah’s existence and all the blessings Allah (SWT) has given him.

Self-reflection helps us in developing a good relationship with Allah (SWT).

All the worldly distractions won’t allow us to self-reflect, but we must find a quiet place, sit in silence and do self-analysis.

Mu’adh ibn Jabal, may Allah be pleased with him, said, “Talk to people a little and talk to your Almighty Lord often, for perhaps your heart will see Allah Almighty.”